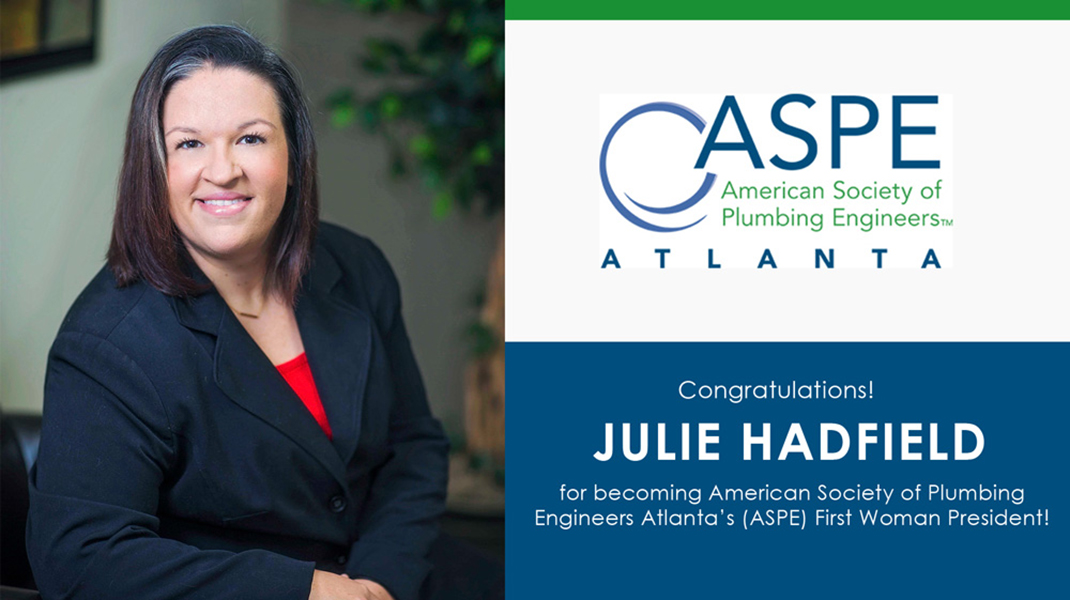 This spring, Jordan & Skala’s very own, Julie Hadfield, was elected president for the Atlanta ASPE Chapter. Julie joined the chapter in 2012 around the same time she first entered the plumbing engineering field. Encouraged by the networking and educational opportunities, Julie maintained her active status in the organization and has held several positions over the course of the years. Since joining, she has served as the chapter’s Historian, Social Media Coordinator, Newsletter Editor, and the Vice President of Education on the Atlanta Chapter Board. She’s also represented the chapter as the delegate at the 2018 ASPE National Convention and the 2017 ASPE Technical Symposium. 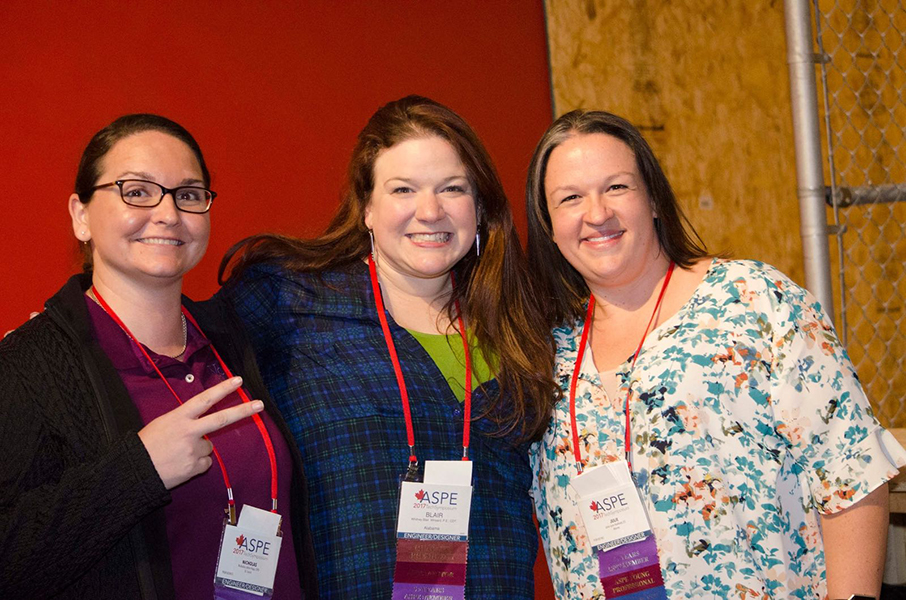 The Atlanta chapter is one of the largest in a society of over 60 across the country, and the members are among the nation’s premier plumbing design professionals. It’s also well known that the plumbing field is made up of predominantly men and even the chapter is 89.4% men. That doesn’t intimidate Julie. With experience in several leadership roles both at Atlanta ASPE and at Jordan & Skala Engineers, Julie is well-ready to take on the president’s seat. Julie’s JSE Team Leader, Regina Young, agrees stating, “Julie is a true asset to our team. She is reliable, she is a leader and mentor among her peers, and she is always willing to be a team player.”

Being the first woman president of the chapter shows her determination and is a testament to her leadership and work ethic. Her advice to women entering into the industry is simply this: “Don’t be intimidated by the amount of men in the room. And take a lesson from every experience and every project that comes your way.” 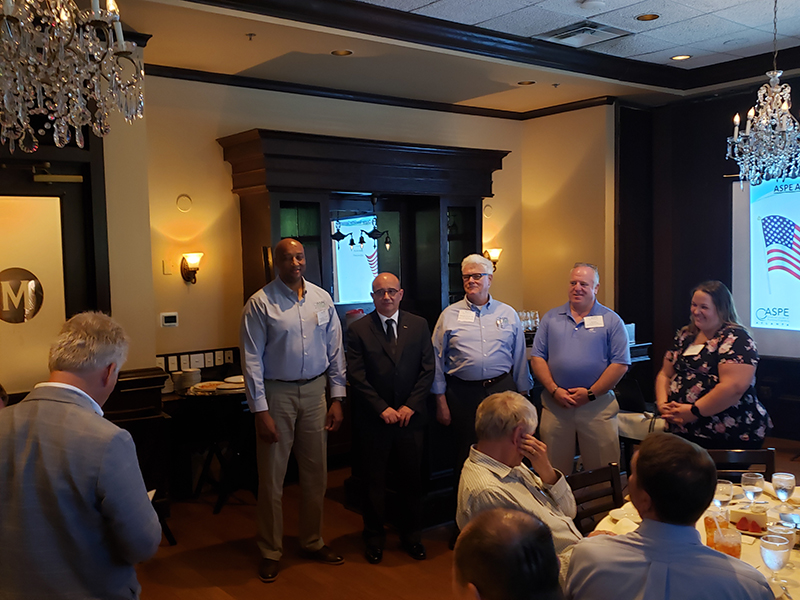 Julie’s vision for Atlanta ASPE is to help move the chapter forward. One of the reasons that she ran for the president seat was because she believed the chapter could use some change and with the former president stepping down, an opportunity presented itself. Since the chapter’s conception in 1969, it has not had a woman leading the show. Now that Julie has become the first woman president, she believes that she can bring a different perspective than her predecessors to help shape the chapter for further growth. 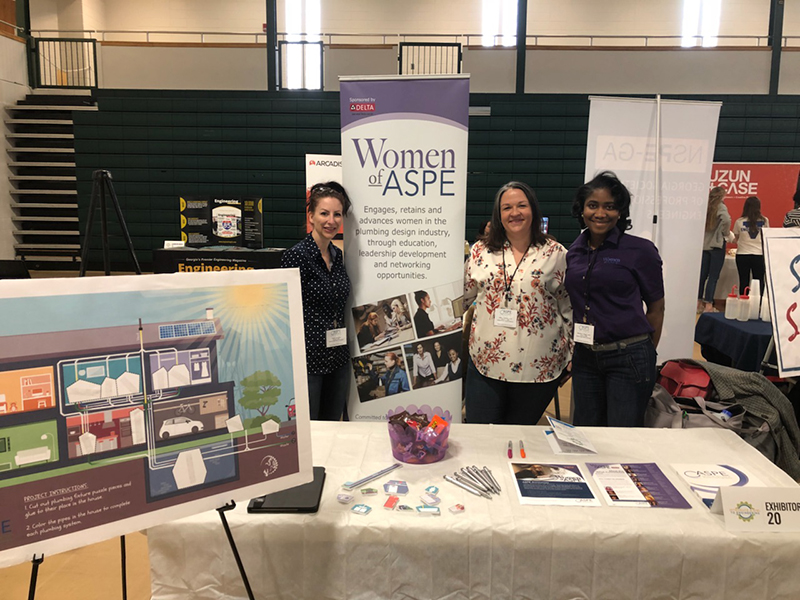